The Near Future of Pension Risk Transfers

Companies are taking a nuanced approach in deciding how much pension risk to retain, and what to hand off to a third party.

Will FedEx Corp.’s $6 billion pension risk transfer to MetLife Corp. prove a harbinger for another blockbuster year in the market?

The deal, announced May 8, will have MetLife pay benefits to about 41,000 retirees and other beneficiaries in FedEx’s pension plans. It is one of the largest pension risk transfers to be signed since 2012, when Prudential took on $25 billion in liabilities from General Motors and $8 billion from Verizon.

In the press release announcing the FedEx news, MetLife referred to a survey it conducted in 2017, which found that 57 percent of plan sponsors—up from 46 percent in 2015—are interested in annuity buyouts for their defined-benefit plans. Among those interested, 77 percent indicated they would likely transfer pension risks within the next two years. 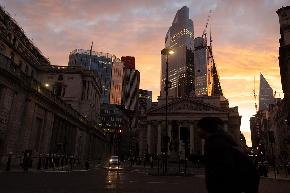