Healthcare Costs at Ford to Top $1 Billion in 2020

Analysts expect healthcare to be a key sticking point in negotiations between automakers and the UAW later this year.

Ford Motor Co. expects the cost of health insurance for its 56,000 hourly workers in the United States to top $1 billion for the first time next year, according to a person familiar with the situation, highlighting a growing expense for automakers even as car sales slow.

Those mounting healthcare costs represent a potential sticking point in this year’s contract talks between the United Auto Workers (UAW) and the three U.S. automakers that tried and failed four years ago to address an expanding outlay that threatens profits and jobs. At Ford, General Motors Co., and Fiat Chrysler Automobiles NV combined, the tab for health insurance topped US$2 billion in 2015 and has only grown since. 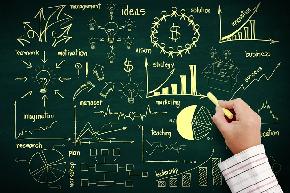 Worker well-being has become a factor in some investors’ evaluations of corporate performance.

This is the first time Walmart has made such an agreement to offer its prices on pharmaceuticals and other healthcare services to employers.