Breaking NewsTreasuryandRisk.com will be offline for scheduled maintenance Saturday July 24 5 AM US EST to 8:30 AM EST. We apologize for the inconvenience.

However, global recession is coming, he predicts.

The $2 trillion stimulus deal that Congress just agreed to should significantly help the United States weather the ongoing coronavirus crisis, and there are still more steps that Federal Reserve Chairman Jerome Powell can take to assist, according to Jeremy Siegel, professor of finance at Wharton and WisdomTree senior investment strategy advisor.

What makes the current financial crisis so unusual is that “normally, it takes months and months” for investors to suspect the economy is not doing so well and start panicking, he said Wednesday during a market update webcast sponsored by WisdomTree Asset Management.

“Never have we had a decline like this,” he said, noting it was only six weeks ago that “we were at all-time highs.”

There are other huge differences between the current crisis and the one in 2008–2009, including the fact that financial institutions are not to blame for any “reckless” actions this time and they seem to be holding up very well now, probably at least partly because of what they learned from 2009, he said.

There was also a “wipeout of real estate values” in 2009 that “basically wiped out home equity for tens of millions of Americans,” he pointed out, noting this time—at least for now—“home equity has totally been preserved.”

The Federal Reserve recently slashed the federal funds rate by 1 percent, to a range between 0 and 0.25 percent. Powell “got it pretty quickly” and “we took out the bazooka” to deal with the crisis, Siegel said Wednesday.

But there is more the Fed can do. For one thing, “if the equity markets get unruly, they can—and I think they would—come in and buy ETFs, something like SPDRs,” Siegel said, referring to the family of exchange-traded funds managed by State Street Global Advisors.

As Siegel did on a recent call with investors, he said it was important that there be delayed payments or forgiveness periods for mortgage obligations, along with help for distressed industries “for a couple of months.”

He predicted we will pull out of the current crisis, although he did not project exactly how long it will take and predicted we have a “world recession coming up.” There is, meanwhile, no need for a complete shutdown of the entire U.S. economy as some are calling for, he said.

Noting that investors have continued to add to their equity positions, he said: “I know that’s probably been painful” in light of the volatility of the stock market over the past month or so.

But he predicted that, “two years from now, when we look back, we will be very thankful” about continuing to add to those positions.

Although “we have to live through times like this” as stock market investors, he said, “the market rewards those that are able to hold through these very frightful times that we’re facing.” For those who prefer to always be safe, he added: “You can go to bonds and earn zero forever.”

That return on stocks is a combination of dividend yield (over 2 percent now) and buybacks, he pointed out. Even if the stimulus deal by Congress prohibits stock buybacks by certain firms for a year or two, “it does not worry me” because it may just result in higher dividends, he told listeners, adding: “It’s not a real critical issue whether it’s kept [or] paid out one way or the other.”

Also under the current stimulus plan, “public health is finally going to be addressed the way it should have been addressed,” he said. But he conceded that we may see 1.5 million die in the U.S. from the coronavirus by the time it is over.

However, “we will be totally prepared now for anything in the future” like the current pandemic, he predicted.

On the webcast, Siegel also argued again for the “need to pivot to a 75/25” portfolio strategy from the traditional 60/40 strategy “because interest rates are going to stay lower,” he predicted. 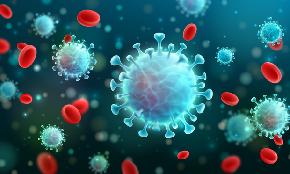 Robust Rebound for the U.S.

The speed and consistency of the economic recovery will depend on political stability and continued vaccination progress.