Sprint Nextel Corp. appointed Robert H. Brust CFO of the $40.1 billion global communications company based in Overland Park, Kan. Brust, 64, took over from William G. Arendt, 50, who had been acting CFO in addition to senior vice president and controller since Jan. 25, when CFO Paul N. Saleh, 51, left the company. Brust previously served as CFO of Eastman Kodak Co. from January 2000 through February 2007, when he retired from the company.

Managing Talent Through the Great Resignation

Companies that don’t address the new needs of a fundamentally changed workforce may end up scrambling.

State Street Says Companies Must Have Women on Their Boards

In the next proxy season, the asset manager will invest only in businesses with at least one female board member, and will expect racial diversity on corporate boards, as well. 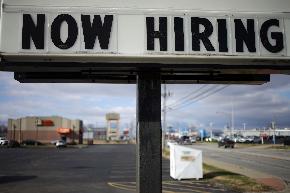 Even after Covid risks subside, companies will have to re-orient their hiring for just about every profession, due to slowing growth of the labor force.