Wells Fargo's Larry Kirschner examines why in the face of double-digit currency moves, treasurers need to understand which risk exposures matter most and how to execute a plan of action.

T&R: What has happened to currency markets in the wake of the financial crisis?

Kirschner: With the rapid global meltdown of unprecedented proportion in late 2008, decades of relative stability in foreign exchange (FX) markets came to an abrupt end. In just two days in October, currencies like the Mexican peso and the Icelandic krona lost more than 20% of their value against the U.S. dollar. The krona snapped back more than 28% percent over the next two days before sliding into a 30-day decline that ended in its losing half its value in 2008. Over a 30-day period, the Canadian dollar lost 25% against the U.S. dollar before staging a 12% comeback one week later. In this new era, movements of 10%, 20% or 30% are no longer viewed as outliers. This type of volatility over short periods of time has become the norm. 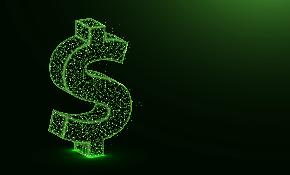