Vital signs are weak but could a recovery be on the way? Treasury & Risk brings in three economists for its biannual checkup of the economy. The inflation bogeyman is legless but chronic high unemployment will be downright scary over the next five years, according to David Levy of the Jerome Levy Forecasting Center. Wage growth is vanishing, agrees John Lonski of Moody’s Investors Service, but corporate credit is easing up. Expect a modest upturn before year’s end, says Milton Ezrati of Lord Abbett, if signs continue that the residential housing correction has run its course. In sync, most senior executives responding to T&R‘s economic survey believe the worst is over. Unemployment is now their top worry; six months ago they saw scarce credit as the biggest threat to growth. Indeed, companies are taking extraordinary measures to gain greater visibility into all their exposures as managing credit risk becomes ever more critical in a deep recession, writes Senior Contributing Editor Richard Gamble. So what will it take to create stable global financial systems? A dose of network theory wouldn’t hurt, says financial technology visionary Till Guldimann, vice chairman of SunGard. And if the consequences of human misdeeds weren’t dire enough, there’s always the weather. Whatever the cause, global warming and climate change pose serious risks for businesses that are unprepared, writes Contributing Editor Anne Field in this issue’s cover story. Meanwhile, carbon credit trading in the U.S., similar to the European Union Emission Trading Scheme, seems all but inevitable and likely soon to create the next huge global market. Is the world ready for the new Eco-nomics? 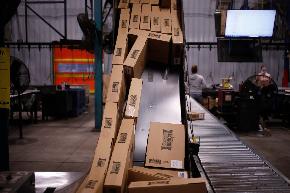