Treasury’s Pivot Toward the Strategic

Much has been written about the evolution of the corporate treasurer from number cruncher to partner in strategic decision-making. A recent survey helps quantify the shift.

In 2014, Deloitte surveyed treasury professionals in more than 100 of the world’s top companies about their responsibilities and the role of the treasury function within their broader organization. Respondents hailed from around the world; 47 percent came from the United States, 45 percent from Europe, the Middle East, or Africa (EMEA), 4 percent from Latin America, and 4 percent from the Asia-Pacific (APAC) region. Forty-five percent work in companies with more than $10 billion in annual revenue and 55 percent in companies with less than $10 billion in revenue.

The Time to Act Is Now

Bank of England tells firms clinging to the tainted LIBOR to give it up. 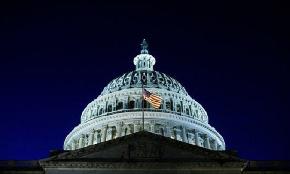 The passage of the Appropriations Act is critical to the stability of real estate markets, as it caps premium prices.