Is Obamacare Dead? No One Told the IRS.

The individual mandate may be gone, but the employer mandate is still in play, and the IRS is cracking down.

Donald Trump claims he’s gotten rid of the Affordable Care Act. The New York Times reports that Trump was assuring supporters at a Michigan rally last week that the ACA had been abolished. Someone might want to send a transcript of that speech to the IRS, though.

The IRS has been sending penalty notices to more than 30,000 businesses nationwide, advising them that lack of coverage availability will bring some pretty stiff fines. According to the employer mandate, companies with more than 50 full-time employees are obliged to provide health benefits to eligible employees or face penalties of more than $2,000 per worker. An estimate from the Congressional Budget Office predicts such fines could total $12 billion in 2018.

Getting the Most out of Your Retirement Plan

To offer a successful retirement plan, here are 4 things every company should consider.

Citing Peter Thiel’s $5 Billion Roth IRA, the House Ways and Means chairman is working on legislation to “stop IRAs from being exploited.” 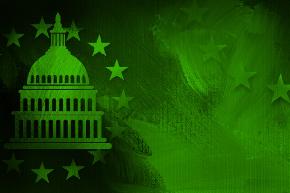 From tax credits to changes in RMDs to allowing CITs in 403(b)s, this legislation has many provisions meant to encourage employers to offer retirement plans.