The market for U.S. prime money market funds is still less than half its pre-floating-NAV size, but it has been growing for the longest stretch since 2009.

More than $1 trillion of outflows in 12 months would roil just about any segment of the global financial markets. For prime money market funds, a corner of the U.S. money market industry that had only $1.4 trillion of assets to begin with, it looked like a fatal blow.

Yet almost two years after reaching their low point, prime funds, which buy certificates of deposit and company IOUs, are staging a surprising resurgence. They’ve attracted inflows for 10 consecutive weeks through Sept. 12, the longest stretch since early 2009, according to Investment Company Institute (ICI) data. At $534 billion, the industry remains a fraction of what it was before sweeping changes to U.S. money markets prompted a mass exodus starting in late 2015. Yet the steady stream of cash suggests a path forward.

Those who follow short-term fixed-income markets aren’t exactly sure what to make of this. Strategists at BMO Capital Markets said last month that they suspected prime funds would experience outflows from September through December. In their view, companies that repatriated overseas cash were largely responsible for inflows and would probably use the cash hoard to pay taxes. 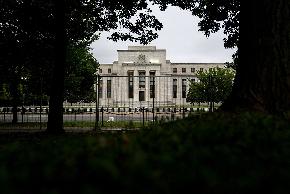 Quantitative tightening may draw reticent short-term investors back into Treasuries, although some analysts believe that, “from a cash-market perspective, nothing will change when the first bill runoff takes place on Thursday.”

Strategies for optimizing cash investments amid interest-rate uncertainty and fears of an impending recession.