Steps small to midsize companies, or even large businesses dipping their toes into cross-border commerce, should take to more effectively manage currency risk.

In a Deloitte survey of treasury groups, 52 percent of respondents cited foreign exchange (FX) volatility as their number-one strategic challenge. Meanwhile, a Wells Fargo survey reported that 43 percent of treasury and finance professionals think market volatility, combined with the effects of volatility on hedging decisions and strategy, forms their greatest FX risk management challenge. This comes as little surprise, given trends in currency markets in recent years.

Over the past five years, the trading range of the U.S. dollar vs. many other major currencies has swung widely. Consider, for example, the Brazilian real: BRL220,000 was equivalent to US$100,000 in 2014, but less than US$53,000 in 2018. So a company that earned US$100,000 in real-denominated revenue when exchange rates were favorable would have seen the same revenue devalued to be worth just over US$50,000 when FX rates were at their worst. Businesses with revenues and/or expenses denominated in foreign currencies, such as U.S.-based software companies selling applications in euros in Europe, or U.S. manufacturers using MXN to pay for components they buy in Mexico, are finding it impossible to forecast results or analyze investments with an acceptable level of accuracy.

Leading multinationals have long dealt with currency challenges by implementing sophisticated FX risk management strategies. These companies may be hedging 20 currencies at a time, placing thousands of derivatives trades each year. Their risk management processes are effective, but they’re possible only because of the sheer scale of the organization. The advanced technologies these organizations rely on represent a significant investment in terms of both dollars spent and staff resources required for implementation and ongoing management.

Pension and endowment interest in digital-currency investments indicate “that people are trying to get exposure.” 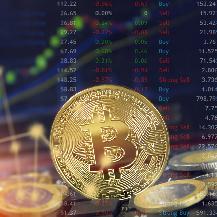 Instead of following China’s lead in banning digital tokens, U.S. regulators are focused on investor and consumer protection rules.