Women and minorities may feel more included, but they still don't feel like they have a real voice.

By Marlene Satter | November 11, 2019 at 10:22 AM | The original version of this story was published on BenefitsPRO
X

Despite corporate efforts to improve diversity and inclusion, there’s still a lot of work to be done. That’s according to Culture Amp’s report “Workplace Diversity, Inclusion, and Intersectionality,” which finds that although diversity has led to growth in talent pools, new perspectives, innovation, and better performance and profits, many companies have a long way to go to achieve anything close to workforce equality.

Covid-19 Is Not Going Away, and Neither Are Workplace Safety Concerns

Answers to the most common questions employers have about OSHA’s new guidance for preventing the spread of the disease. 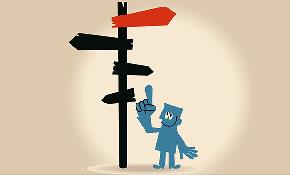 Why Workers Are Increasingly Changing Directions

Turnover is plaguing companies across the United States, with record-high quit rates in healthcare and retail.