Credit risk management is a big deal at Corning Incorporated. With an accounts receivable portfolio in excess of $1.7 billion and a derivatives portfolio valued at more than $15 billion, the company faces significant exposures to both customers and counterparties. To ensure that it understood those risks, the Corning treasury team was performing thorough credit reviews of all the company’s sizable trading partners. These reviews were effective at identifying vulnerabilities, but they weren’t efficient.

“It was a very manual process, with individual credit analysts spending a lot of time on each company,” explains Stephen Fowler, director of liquidity and investment management for Corning. “A private company with a very small market capitalization would receive the same level of attention as a mega-cap company that was already being covered by credit analysts from S&P, Moody’s, and fixed-income houses around Wall Street. We were looking at the same metrics they were, we were just doing it in-house.”

Treasury began to re-evaluate the efficiency and effectiveness of its credit risk management. “Our treasury function is driven by the constant quest to make sure we’re efficiently utilizing our scarce resources,” Fowler says. “We looked at whether it made sense for us to spend time reviewing credits that were already largely being covered by other sources. The answer was that internal staff would be better off focusing on smaller, private companies that are under-followed by the ratings agencies.”

Minutes from the FOMC’s December meeting include an unusually blunt warning to investors, cautioning against underestimating the Fed’s will to keep interest rates high for some time. 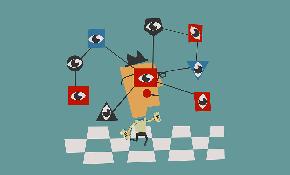