Treasury’s Move Toward the Strategic

Survey indicates that treasury teams are increasingly being asked to be strategic partners to the business, but they are lagging in use of technologies that could support this transformation.

Treasury teams are becoming increasingly strategic, but most are ill-prepared to leverage the technologies that can move them further down this path. That’s the headline news from Deloitte’s “2019 Global Treasury Survey,” released late last year.

Deloitte surveyed treasury professionals from an array of different industries, who are located primarily in Europe, the Asia-Pacific region, and the Americas. Nearly two-thirds of respondents (62 percent) reported that visibility into global operations, cash, and financial risk exposures is their biggest strategic challenge, followed by liquidity (57 percent) and currency volatility (50 percent). These results make sense because almost every respondent (97 percent) said liquidity risk management is a critical or very important mandate for their function, and 94 percent placed high importance on serving as a steward for financial risk management for the company. (See Figure 1, below.) 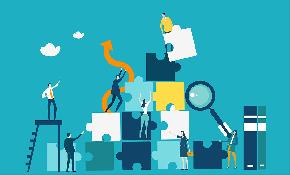 What Are Finance’s Priorities?

Research from The Hackett Group clarifies where CFOs are investing in early 2022.

Amid Today’s Talent Shortage, Upskilling Is an Essential Workplace Benefit

Establishing a learning culture is key to future business success.

The Rise in Compensation: What Employers Need to Know to Attract Top Talent

When competing to hire the best employees, keep these benchmarks in mind.