Breaking NewsTreasuryandRisk.com will be offline for scheduled maintenance Saturday July 24 5 AM US EST to 8:30 AM EST. We apologize for the inconvenience.

Rules specify requirements for national security reviews by the CFIUS of transactions that involve foreign investment in certain U.S. businesses and real estate.

Long-awaited final rules from the U.S. Treasury Department governing national security reviews of foreign investments in U.S. companies were issued Monday. Executives at a broad spectrum of companies involved in technology, infrastructure, and data “should be aware of these changes, particularly the expanded jurisdiction of CFIUS [the Committee on Foreign Investment in the United States] and mandatory reporting requirements,” said Christian Davis, an international trade partner at Akin, Gump, Strauss, Hauer & Feld in Washington, D.C.

Does China Intend to Replace the Dollar?

PBOC officials say no, the e-yuan is currently designed primarily for domestic use. 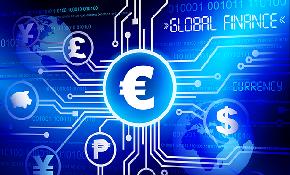 Currency Impacts: Now and into the Future

Treasuries should be preparing for the dramatic impact digital fiat currencies may soon have, on both their financial statements and their organizational structure.