Insurers must investigate and evaluate each policyholder's Covid-19 claim and then thoroughly explain coverage determinations.

Covid-19 has the potential to forever change insurance policy interpretation.

Policy language is often construed by courts with little regard to the intention of the policy drafters. Carriers are required to make coverage determinations based on the nature of the claim, relevant case law, and the intent behind the policy language.

Unfortunately, there’s no roadmap for carriers dealing with the current emerging risk, which is highly political in nature. But they—and the corporate risk managers who might have Covid-19–related claims to file—can prepare for the unexpected by identifying exposures and relevant policy language, and engaging in good-faith claim-handling practices.

Insurance carriers have been inundated with business interruption claims. There’s no shortage of legal-scholar analyses of the insurance coverage issues presented by these claims. Many of these opinions engage in a cursory analysis and abruptly conclude that such claims will not be covered for business income losses because the insured property or other premises has not sustained a “direct physical loss.” In reality, the analysis of business interruption claims is significantly more complex than determining whether property has sustained a “direct physical loss.”

Insurance policy interpretation is jurisdiction-dependent. For example, courts in Georgia and Texas reached contrary conclusions regarding whether business income losses stemming from mandatory business closures in anticipation of a hurricane were covered by commercial property policies. Despite reaching contrary conclusions, the court in each case focused on whether the civil authority order restricting access to the insured’s property was the result of an “anticipated threat” of property damage or actual property damage.

The facts of the cases are quite similar, while the outcomes were quite different.  In both cases, a civil authority issued an order mandating evacuation and closure of businesses in the projected path of a hurricane. The evacuation orders were issued because the hurricane had previously caused physical damage to property in its path. In each case, the hurricane deviated from the projected path, resulting in no physical damage to insured property. However, businesses sustained losses as a result of the mandatory closure.

The outcome of each case was dependent on semantics. The Texas court’s decision in favor of the carrier came down to an analysis of the phrase “due to,” which the court found to require a more direct causal relationship than “arising out of” under Texas law. The court reasoned that because the evacuation order was not issued “due to” actual physical damage to property, and would have been issued regardless of physical damage to property in the path of the hurricane, coverage was not triggered.

Notably, the operative policy language in the Georgia case also required that access be prohibited “due to” direct physical loss or damage to property. In contrast to the Texas court, the Georgia Court of Appeals concluded that the decision to issue the evacuation order was “due to” actual damage to property because the group making the decision evaluated damage that had occurred in the Bahamas.

In recent weeks, governmental authorities have issued orders mandating the closure of non-essential businesses to stem the spread of Covid-19. In what appears to be an attempt to satisfy the ”direct physical loss or damage” element of a business interruption claim, some governmental authorities—notably in New York, New Jersey, Massachusetts, and Ohio—have issued emergency proclamations stating that Covid-19 is causing ”property loss and damage.” Moreover, various state legislatures have introduced legislation to retroactively expand coverage under existing business interruption insurance policies to provide coverage for losses due to Covid-19.

In all states, at its most basic level, the duty of good faith requires carriers to investigate claims in a timely manner and either pay claims that are owed or provide a reasonable explanation of the reasons for denial of the claim. Failure to properly investigate claims, or issuance of templated denial letters, could trigger bad-faith claims in all jurisdictions.

Bad-faith law is also jurisdiction-dependent. There is no set of common law principles universally applicable to bad-faith claims. The majority of jurisdictions require a “covered” claim as a prerequisite to a successful bad-faith claim, but in others, bad faith can exist absent a “covered” claim. Consequently, an insurance carrier could be subject to bad-faith or extra-contractual damages for failure to properly investigate a claim, regardless of whether the claim is covered by the policy. It is therefore paramount that insurance carriers fully investigate and evaluate their policyholders’ Covid-19 claims and thoroughly explain coverage determinations.

Cheri Trites-Versluis is the director of policy analysis for RiskGenius. She can be reached for further comment or information via email at [email protected].

Fallout from cyberattacks has become increasingly public, disruptive, and detrimental to public and private companies—and to their executives and boards. 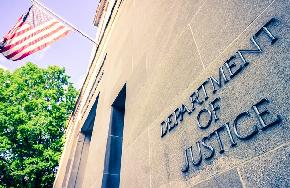 As insurers continue to balk at business-interruption payments related to coronavirus shutdowns, larger companies with specialized legal teams are starting to file suits.