The amount companies spent repurchasing their own shares rose 10.4% annually from 2015 to 2019.

Companies have been spending record amounts to buy back their own stock. Recently released research from strategy consulting firm Fortuna Advisors indicates that the 364 public companies with the largest-volume stock repurchase programs spent an all-time high of more than $3 trillion on those programs during the five-year period ending in 2019.

Analyst and investor consensus generally holds that the 2017 Tax Cuts and Jobs Act fueled this increase by encouraging companies to repatriate funds previously held overseas. Buybacks spiked in 2018, to $770 billion. In 2019, however, volume did not fall back to its prior levels but was down just 8 percent, to $709 billion.

In fact, the amount of capital that these companies are plowing into buybacks has grown at a compound annual growth rate (CAGR) of 10.4 percent since 2015. This compares with annual growth over the same time period of 7.1 percent for dividends, 5.5 percent for organic investment, and 1.4 percent for cash acquisitions. Meanwhile, these organizations’ net debt grew at a CAGR of 25 percent, and the ratio of net debt to net income rose from 118 percent to 209 percent over the period.

“At the margin, companies are borrowing to do buybacks,” and this is counterproductive, according to the 2020 Fortuna Advisors Buyback ROI Report. “Many companies shouldn’t be doing buybacks at all, unless they have a surplus cash position that meaningfully exceeds their total debt. Otherwise, they risk compounding existing business risk with financial risk.”

That said, the report also has good news. Each year, Fortuna calculates two proprietary metrics: Buyback ROI and Buyback Effectiveness. In 2019, both figures were healthy among the study’s 364 companies.

Fortuna defines Buyback ROI as an annualized internal rate of return that incorporates cash outflows associated with share repurchases; estimated cash inflows of dividends “saved” (i.e., dividends not distributed because the shares no longer exist); and an estimated inflow related to the final value of the accumulated shares repurchased. The report provides an example: Suppose a company’s share price starts the year at $100 and ends the year at $110, and the stock pays a dividend of $1 at the end of each quarter. The repurchase outflow would be $100; the final “inflow” would be $110; and the quarterly “inflow” for dividends not paid would total $4—for a Buyback ROI of 14.2 percent over the course of the year.

Fortuna calculates Buyback Effectiveness as the compounded difference between Buyback ROI and total shareholder return (TSR). The purpose of this metric is to gauge whether the timing of a buyback program is effective, as indicated by management buying back more shares when its share price is below the long-term trend.

“Many companies may have benefited from systemic market conditions at the tail end of a bull market,” the report considers. “All the same, it’s notable that this is the first time in seven years of evaluating buyback data that, in aggregate, companies appear to have created value for remaining shareholders through repurchases. We believe this points to companies taking buyback timing more seriously.”

All in all, Fortuna considers share repurchases to “represent another financial tool in the corporate toolbox, which allows companies to benefit from future share price action when they believe their shares are undervalued”—and when they have the excess cash to support the program. This enables shareholders to redirect that excess cash to more valuable projects. “We continue to believe it is important to acknowledge the role buybacks have … in recycling capital from mature companies, with excess cash and limited investment prospects, to the next generation of cash-hungry Amazons and Apples.” 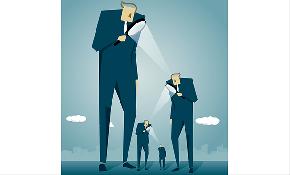 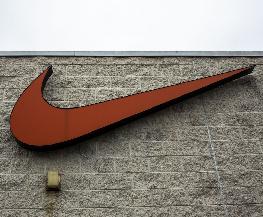 Nike Investors Want to Know If the Company Is ‘Woke-Washing’

A new shareholder proposal would force Nike to disclose the results of its diversity, equity, and inclusion efforts.