All states but Rhode Island, which showed little change, posted declines from the prior week.

Applications for U.S. unemployment benefits unexpectedly fell last week to the lowest level since March, offering a ray of hope for an economy still battered by the pandemic.

Initial jobless claims in regular state programs fell by 249,000, to 1.19 million, in the week ended August 1, Labor Department data showed Thursday. That was the largest improvement in almost two months. Continuing claims—the total number of Americans claiming ongoing unemployment benefits in those programs—decreased to 16.1 million in the week ended July 25, the lowest number since April.

Even with the drop, initial claims were more than five times pre-pandemic levels. Analysts have cautioned that confirming a sustainable trend in improvement could take some time, especially if the expiration of the weekly $600 in federal benefits discouraged some from filing claims. 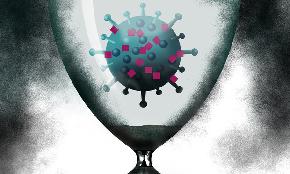 In their Medical Malpractice column, Thomas Moore and Matthew Gaier discuss both historical and modern precedent that helps answer the current issue during the COVID-19 pandemic as to whether people who infect others by engaging in negligent conduct may be held liable for the damage they cause. The SBA is doing more vetting for potential fraud.