Bank Balance Sheets Balloon, but Lending Does Not

The biggest banks are lending less and less of their money.

The biggest U.S. banks reduced the portion of their collective balance sheets they’re dedicating to loans to a new low, extending a trend that’s seen the largest lenders put less and less of their firepower behind everyday borrowers.

Total loans at the 25 biggest U.S. banks comprise less than 46 percent of their combined assets, down from 54 percent this time last year, according to weekly Federal Reserve data made public on Friday. At 45.8 percent, the share of total assets devoted to loans is the lowest figure in nearly 36 years of weekly data. 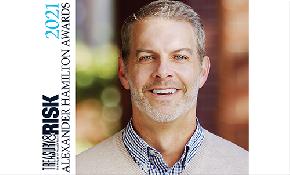 Bandwidth wins the 2021 Gold Alexander Hamilton Award in Treasury Transformation. Congratulations to Scott Taylor and the rest of the team!

Efficient Access Management for Bank Portals Around the World

Congratulations to Microsoft for winning the 2021 Silver Alexander Hamilton Award in Treasury Transformation!