So Long, Stock Bubble, and Thanks for All the Cash

Twice as many loss-making firms raised capital last year as did profitable ones, giving many companies additional liquidity to weather investors’ tighter purse strings this year.

Clover Health Investments Corp. unsettled shareholders in November when the loss-making medical insurer, backed by investor Chamath Palihapitiya, announced a $300 million stock offering. The price of just $5.75 a share was almost two-thirds less than where it traded when joining the stock market at the start of the year.

Clover already had a decent cash pile, but waiting to raise money was risky given “potentially rising interest rates, a potential recession, and a contraction of investor liquidity, leading to a flight from technology-driven growth companies,” management later explained. It had a point: Clover’s stock has since plunged even further amid a massive rout of cash-bleeding technology firms.

As all prudent corporate cash managers know, the best time to raise money is when you don’t currently require it. The window for tech companies to cheaply raise additional funds looks to be rapidly closing—U.S. equity issuance so far in January is a fraction of last year’s pace. 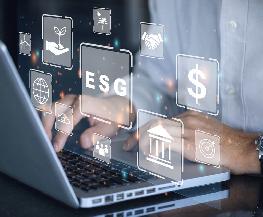