“The idea of a carbon-neutral company is fundamentally dubious.”

More than 5,200 businesses have pledged to cut their greenhouse gas pollution to zero by 2050, or reach “net zero” by canceling out emissions with forestry or other projects that remove CO₂ from the air. They include some of the world’s biggest companies across all sectors: Apple, Zurich Insurance, P&G, General Motors, and so on.

But the more the corporate net-zero juggernaut powers on, the less sense it makes, critics say, and it may do more harm than good. Their reason is simple: The only net-zero goal that matters is the one that applies to the entire planet. At the largest scale, discussion of “emissions” and “removals,” or drawing down CO₂ through forestry and other means, is grounded in Earth science, in the physical movement of carbon into the air and back down again. That’s “net zero.”

Companies can help. But companies cannot be net-zero, and their pledges are more directly based on arithmetic than geochemistry, according to Carbone 4, a French consultancy that works with companies measuring their emissions and deciding what to do about them. “The idea of a carbon-neutral company is fundamentally dubious,” they wrote last July.

Adapting “perpetual futures” to dollar markets would increase options for accessing liquidity in the event of a major dollar shortfall.

Surging Dollar Is a Mixed Blessing for the U.S.

A strong dollar helps the U.S. reduce imported inflation, but it also could destabilize the global economy, which is still trying to come to grips with declining growth and high inflation. 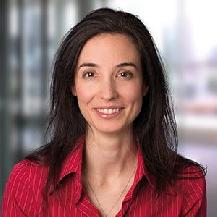 According to the head of sustainable capital markets at BNP Paribas, some borrowers want the benefits of tying loans to ESG goals without disclosing specific targets until a later date.