Fastest-rising CPI in four decades amps up pressure on the Fed to go big with interest rates.

The consumer price index (CPI) rose 9.1 percent from a year earlier in a broad-based advance—the largest gain since the end of 1981, Labor Department data showed Wednesday. The widely followed inflation gauge increased 1.3 percent from a month earlier, the most since 2005, reflecting higher gasoline, shelter, and food costs.

Economists projected a 1.1 percent rise from May and an 8.8 percent year-over-year increase, based on the Bloomberg survey medians. This was the fourth-straight month that the headline annual figure topped estimates.

“Russia’s going to face an insurance and financial services ban. ... Why should they retaliate for an initiative that enables their oil to continue to flow through to world markets at a price that is profitable?”

How President Joe Biden’s budget reconciliation bill shakes out will influence what else Congress can accomplish before the midterms. 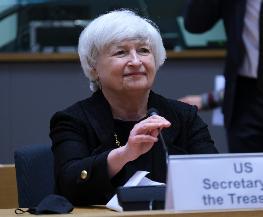 “We’ve got a very strong labor market,” Treasury Secretary Janet Yellen said. “This is not an economy that's in recession."