A GOP-Controlled House Could Mean Big Changes for Big Tech

“While it may be counterintuitive, given Republican aversion to federal regulation in general, many perceive the need for a national privacy law that will pre-empt state laws as a generally business-friendly proposal that many Republicans embrace.”

Contrary to the Republican party’s typical agenda of supporting policies that are good for business and commercial interests, a GOP-controlled House could actually lead to more federal regulation and stricter scrutiny for large technology companies.

Some of the legislative shifts might not come until after the current U.S. Supreme Court session, which will consider whether social media platforms can be held liable for a contributor’s content.

The justices are set to hear oral arguments next month in a pair of cases on those issues. The cases, Gonzalez v. Google and Twitter v. Taamneh, are garnering significant attention from the legal community—and Republican lawmakers—because they mark the first time the court will be considering the implications of Section 230(c)(1) of the Communications Decency Act, which generally shields online hosts, including social media companies, from being sued over content posted by its users. 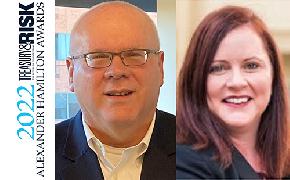 Employers: Beware and Prepare for Potential Acts of Violence

“Businesses should consider establishing workplace-violence prevention plans to identify, assess, and intervene with current employees, former employees, and customers who may pose a risk of violence,” according to a new report from the Secret Service.

A discussion of the enforcement challenges and trends relating to claims brought against Chinese entities.