The FTC recently announced proposed regulations that, if adopted, will ban the use of non-compete agreements for most workers nationwide.

The Federal Trade Commission (FTC) recently announced new proposed regulations that, if adopted, will ban the use of non-compete agreements for most workers nationwide. The proposed Non-Compete Clause Rule will prohibit all employers—regardless of size—from imposing on employees and independent contractors covenants not to compete with them. It does not include a carve-out that would permit the use of non-competes with executives or other highly compensated workers.

The rule is not yet in effect. If enacted, it will not prohibit the continued use of properly drafted non-disclosure and non-solicitation clauses under federal law.

In support of its proposed non-compete ban, the FTC argues that such restrictions “hurt workers and harm competition,” by significantly reducing workers’ wages, stifling new businesses and new ideas, and exploiting workers who lack economic bargaining power. The FTC also estimates that its new regulations could “increase American workers’ earnings [by] between $250 billion and $296 billion” per year.

Steps organizations and individuals can take to build confidence and reduce obstacles to treasury leadership.

The ever changing socio-economic landscape will continue to alter the employment landscape as we know it. 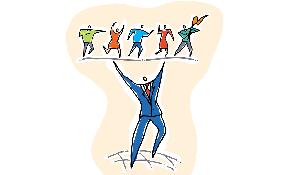 Treasury’s Priorities for Hiring and Staff Development: 2023 and Beyond

Soft skills are becoming increasingly important in treasury leaders, as the treasurer role becomes a stepping stone to the job of CFO.