CFOs in the Glare

Whether or not you are at a high-profile company like Google or Eli Lilly, CFOs are under constant scrutiny from top management, the board, shareholders, analysts and regulators these days. CFOs are definitely being watched. But some admittedly deserve the attention more than others. This year's choice of Google's George...

There is a burden that comes with celebrity–a statement to which George Reyes, the CFO at Google Inc., can readily attest. After its unprecedented IPO in August 2004, Google began to show a little bit of its age in the fourth quarter of 2005, when its phenomenal growth began to slow ever so slightly to a mere 82%.

At a Merrill Lynch investment conference about Google’s future growth rate, Reyes was asked whether indeed the wunderkind company was losing its pop–and being an honest sort, Reyes replied that while Google would still be growing at a double-digit pace, it might not be at quite the rate it was recording earlier in its life as a public company. Even though investors are always asking for the facts, they were thrown into a tizzy and Google’s stock took a hit, dropping 12% in 20 minutes at one point. 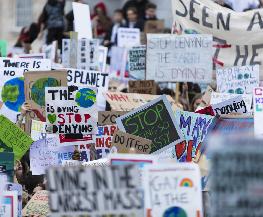