The Winds of Trouble

With the subprime market in disarray, fears mount over a possible investor stampede in the corporate loan market

Recently, investors in two Bear Stearns hedge funds with substantial subprime mortgage holdings were informed that their investment had essentially evaporated, along with the credit of the less than creditworthy borrowers who took those mortgages. On July 18, Federal Reserve Chairman Ben Bernanke predicted that losses among subprime investors could dramatically worsen, reaching as high as $100 billion. Well, that’s the capital markets for you. But should U.S. companies be concerned about a similar meltdown in the markets backing a substantial amount of corporate lending? You can bet your collateralized loan obligations (CLOs) they should be.

Many of the same investors who are now losing money in the subprime market, also provide liquidity to credit markets that are tapped by corporate borrowers, and they are now pulling back across the board. The result has been a dramatic reversal in loan market conditions. The pipeline is full, but deals aren’t getting done because investors are jumpy, say loan market observers. “Credit that’s provided by the capital markets may be cheaper, but it’s more volatile,” says Meredith Coffey, director of analytics with Reuters Loan Pricing Corp. in New York. “You just have to look at what happened in May compared to June and July. You could get anything done–absolutely anything–in May. We had an institutional loan pipeline of about $120 billion, and we were routinely doing $10 billion in institutional loans. Spreads were coming in and loans were pricing well. It was a very, very attractive time to be borrowing. In the space of a couple of weeks, everything changed.” 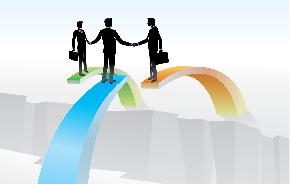 Whatever their ultimate business decision may be, practitioners would be well-served to consider the implications of Section 365(a) of the U.S. Bankruptcy Code when they are first negotiating a vendor-financing agreement.

Data Security and Control in the Cloud: Third-Party Providers and the Shared Responsibility Model

Although it appears relatively seamless (and perhaps beneficial) to the end user, the shift to the cloud brings a seismic change in terms of ownership of the technology components and ultimate control of the data.