Premiums this year for property and general liability insurance remain relatively in line with last year’s, according to the more than 250 senior financial executives who responded to Treasury & Risk‘s 2010 Risk Management Survey. But worries about directors and officers liability insurance are starting to surface, with 57% of respondents saying they are concerned D&O coverage will become more expensive as the rate of bankruptcies increases. On the positive side of the equation, just 34% say problems in the credit markets are still having some impact on their attempts to obtain sufficient coverage, down from the 56% who cited the credit markets as a problem in 2009. But solvency risk is still real to the 38% of respondents who say that’s why they have reduced the amount of insurance they place with some companies. 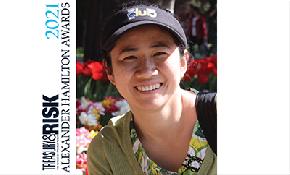 A/P and A/R Netting Nets Benefits in the Millions

And the winner of the 2021 Gold Alexander Hamilton Award in Working Capital & Payments is ... eBay. Congratulations!