Wendy Taylor has been named vice president of internal audit at Goodrich Corp., a $6.6 billion provider of aerospace and defense systems and services in Charlotte, N.C. She replaces Bill Stiehl, who was named controller of the aftermarket business of Goodrich Aerostructures. Taylor joins the company from Deloitte & Touche, where she spent 22 years and most recently served as a partner in advisory services.

Trinity Industries, a $2.5 billion company that makes and leases railcars, named Gail Peck treasurer. She succeeds James Perry, who was promoted to CFO and vice president. Peck, 42, is joining Dallas-based Trinity from Centex, where she had been treasurer since 2004. Earlier, she was Centex’s managing director of corporate finance and worked at American Airlines in positions including director of investor relations. 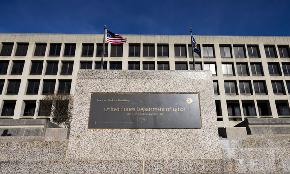 After unsuccessfully attempting to delay implementation of a rule issued in the last hours of the Trump administration, the Biden Department of Labor now intends to issue its own rule.