SANTA CLARA, Calif–(BUSINESS WIRE)–McAfee today released the “McAfee Threats Report: Fourth Quarter 2010,” revealing a steady growth of threats to mobile platforms. The number of pieces of new mobile malware in 2010 increased by 46 percent compared with 2009. The report also uncovered 20 million new pieces of malware in 2010, equating to nearly 55,000 new malware threats every day. Of the almost 55 million total pieces of malware McAfee Labs has identified, 36 percent was created in 2010. Concurrently, spam accounted for 80 percent of total email traffic in Q4 2010, the lowest point since the first quarter of 2007.

“Our ‘Q4 Threats Report’ shows that cybercriminals are keeping tabs on what’s popular, and what will have the biggest impact from the smallest effort,” said Vincent Weafer, senior vice president of McAfee Labs. “In the past few quarters, malware trends have been very similar in different geographies, but in the last quarter we’ve seen a significant shift in various regions, showing that cybercriminals are tapped in to trends worldwide. McAfee Labs also sees the direct correlation between device popularity and cybercriminal activity, a trend we expect to surge in 2011.” 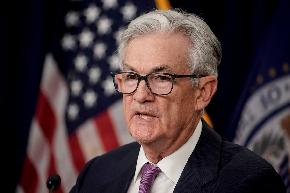