The European Central Bank may be making it harder for the region’s banks to revive bond sales by giving them access to unlimited cheap cash.

Issuance of senior unsecured euro debt by banks fell about 35 percent to 51.4 billion euros ($67 billion) in the six months ended Feb. 6 from the same period a year earlier, data compiled by Bloomberg show. The average relative yield on the debt is 307 basis points, up from about 200 before the region’s sovereign debt crisis worsened in June, according to Bank of America Merrill Lynch’s EUR Corporates, Banking index. 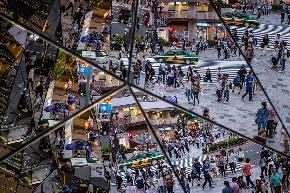