Employers will see not only direct fees, but higher costs reflecting fees imposed on providers.

Many aspects of healthcare reform are expected to boost the cost of company-provided healthcare, including the removal of lifetime dollar limits, the pay-or-play requirement, the mandate to offer coverage to adult children and the requirement that companies auto enroll employees. Another source of costs has gotten less attention: Employers face new fees as a result of the law, and they are also likely to see cost increases that reflect the fees being levied on the providers of healthcare.

“There’s just all sorts of fees,” says Tracy Watts, a partner and senior health care consultant at Mercer. “This challenge of cost is huge.”

Jane Jensen, a senior consulting actuary in the health and group benefits practice at Towers Watson, estimates that in 2014, fees might mean additional costs equal to 1.5% to 2% of plan costs for self-funded plans.

“These fees will hit organizations in a number of different ways,” Jensen says. “Some phase out and some don’t.”

For example, starting this year, health insurers and sponsors of self-insured plans will begin paying to fund the Patient-Centered Outcomes Research Institute created by the healthcare reform law. The research fee starts at $1 per covered life, rises to $2 per covered life in 2013, and ends in 2018.

From 2014 through 2016, the Health and Human Services Department will levy a transitional reinsurance program fee on health plans that is expected to raise $25 billion over the three years. The funds raised will provide insurers with reinsurance for covering high-risk individuals in the start-up years of state health exchanges.

Also beginning in 2014, there will be an annual fee imposed permanently on health insurers that provide fully insured coverage, which is expected to raise at least $17 billion through 2019. A fee on pharmaceutical manufacturers began in 2011 that is estimated to raise $28 billion through 2019, and medical device makers will begin paying a 2.9% excise tax next year. These fees on healthcare providers are expected to be passed through to companies that provide health coverage.

“From the employer perspective, we believe that most, if not all, of the health industry taxes will be passed through to plans in the form of higher costs and, if you’re self-funding, through higher administrative fees from the health plans and fees that the pharmaceutical and medical device industry will pass on,” says Steve Wojcik, vice president of public policy at the National Business Group on Health, which represents large employers’ views on health policy.

Wojcik notes that about half the funding for expanding insurance coverage via the state exchanges and Medicaid is expected to be raised via taxes on the healthcare industry, employers that provide healthcare and high-income individuals.

“Taken individually, many of [the fees] are insignificant,” says Wojcik, pictured at right. “But taken together, they add up. Plus the uncertainty about whether the taxes are going to be increased in the future, how they’re going to be implemented—all of that adds to a climate of uncertainty when companies are trying to nail down their costs, including their healthcare costs. It’s hard to do that when there’s all this uncertainty.”

Mercer’s Watts notes another possible cost: the fines associated with not complying with various provisions of the healthcare reform law. For example, “willful failure to provide [summaries of benefits and coverage] can be penalized with a fine of up to $1,000 per person,” Watts says. “We all want to be sure we’re complying.” 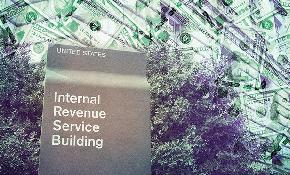 The tax authority has announced contribution limits and deduction phase-outs for retirement accounts next year. 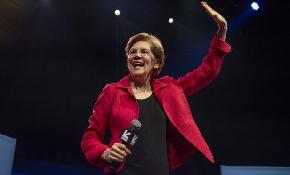 States, employers, large businesses, Wall Street, and the wealthy will be on the hook for the cost of Warren's version of Medicare-for-All.

5 Points from the U.S.-China Trade Deal

What the Phase One deal says about key areas of trade negotiations.