JPMorgan Chase, the $110 billion financial services firm, announced Marianne Lake will succeed Doug Braunstein as CFO. Braunstein will become vice chairman of the bank. Lake, 43, is currently CFO of consumer and community banking business for the New York-based company. She served as global controller from 2007 to 2009, worked in the bank’s corporate finance group from 2004 to 2007 and earlier served as the senior finance officer for the U.K. Lake started her career working at PricewaterhouseCoopers in London and Sydney.

PPG Industries, a coatings and specialty products company with $14.9 billion in 2011 revenue, named Eric Thiele treasurer. He succeeds Aziz Giga, who is retiring in March. Since joining Pittsburgh-based PPG in 1995, Thiele, pictured at right, has worked in finance, including a stint as CFO and director of finance for PPG Asia Pacific.

Work from Home Poses Challenges, but Benefits Are Still Greater

64% of those who transitioned to a remote or hybrid work arrangement say it’s easier now for them to balance work with their personal life. 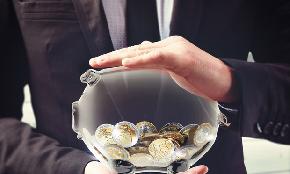