To RMB, or Not to RMB

More and more businesses are settling transactions in the currency.

Among U.S. companies that do business in China, the proportion settling transactions in renminbi (RMB) has nearly doubled in the past year. The United States still lags behind some European nations, but the trend is clearly toward increased use of the Chinese currency. These are the key findings of an HSBC study released last week.

The bank commissioned Nielsen to survey financial decision-makers in 1,304 companies that are either foreign businesses engaged in trade with mainland China, or else companies based in China that do business abroad. More one in five use the RMB for settlement, and that figure rises to more than two in five among organizations over US$500 million in annual revenue. Outside of mainland China (33 percent), Taiwan (38 percent), and Hong Kong (58 percent), the countries in which the largest proportion of respondents said their company settles some cross-border deals in RMB were France (26 percent) and Germany (23 percent).

Among U.S.-based organizations that either have a physical presence in mainland China or engage in import/export activities there, 17 percent currently do business in RMB. That’s nearly doubled over the past year; in 2013, only 9 percent of U.S. businesses dealt in RMB. And across all geographic regions, a third of companies that are not currently using the RMB plan to do so in the future.

“We’re seeing a lot more interest in the renminbi,” says Martin Brown, executive vice president and head of large corporate banking with HSBC. “People are understanding more about how the renminbi trades and the liquidity. They’re getting more comfortable doing business in the currency.” According to SWIFT, the RMB rose through the ranks of the most commonly used global currencies from 13th position in January 2013 to seventh in May 2014—although it still represents only 1.47 percent of all global cross-border trade and just 12 percent of cross-border payments with China and Hong Kong.

Almost two-thirds (62 percent) of companies that are currently doing business in RMB say they’re doing so because it’s convenient. Nearly as many (58 percent) cited reducing foreign exchange (FX) risk or costs as a reason. The same proportion said they do business in RMB because of a request from a trading partner. “Some companies in China would like to accept renminbi,” Brown says. “There are other companies that would still prefer to be paid in dollars. There’s always foreign exchange risk; the question is who takes it. That becomes more of a negotiating point as comfort levels rise and settlement in renminbi becomes more of a normal commercial decision.”

A large majority of the surveyed companies that are already doing business in RMB say they’re gaining financial advantages (76 percent) and relationship advantages (77 percent) as a result of that choice. And more than half (55 percent) of U.S.-based organizations that are already settling transactions in RMB expect their overall trade with China to increase in the next 12 months.

“There’s a competitive advantage to being flexible and being able to denominate transactions in either dollars or renminbi,” Brown says. “More French and German companies are willing to deal in renminbi, and if you’re competing with them for business, it’s a good idea to provide that option. It can open up access to different suppliers and different buyers in China.”

Still, U.S.-based companies that are settling transactions in RMB today are fairly early adopters of the practice. “At the moment, we’re seeing the more forward-looking treasury staffs saying, ‘We see that China’s undergoing a gradual liberalization, and we know there’s good liquidity in the currency. We want to be ready, to have the mechanics in place for when our firm needs to start settling in renminbi,’” Brown says. “It’s important to note that the gradual liberalization of trading rules around business in China is opening up opportunities for U.S. businesses. There’s a lot more flexibility around investments, dividends, and pooling of currencies, some of it prompted by the Shanghai Free Trade Zone. That’s creating a vast amount of interest among treasury and finance staffs about what will be possible in China 12 months from now.”

In fact, many companies in the survey that don’t currently settle deals in RMB indicated they’re looking to cash in on the financial and relationship advantages that they might gain by having the RMB option. Twenty percent expect to start trading in RMB within three years. These companies believe that starting to use RMB will enable them to win more business (66 percent), get lower prices on goods they’re buying (55 percent), and reduce FX risks (61 percent). Sixty-three percent said a trading partner has asked to transition to RMB-denominated deals.

Some survey respondents expect the RMB to become a truly global currency. Nearly a third of all respondents—although only 6 percent of respondents from the United States and 9 percent of those from the U.K.—said they think that within the next five years companies will start using the RMB to settle transactions that have no connection to China, just as the U.S. dollar is currently used for many transactions that don’t involve a U.S.-based trading partner.

Brown thinks it’s too soon to speculate on the future of the RMB as a lubricant of global trade, but he expects use of the currency to continue to grow. “People have concerns about documentation and other restrictions on currency exchange in China,” he says. “But the biggest hurdle to RMB settlement at most companies is a lack of familiarity, a lack of understanding.” Indeed, 13 percent of all survey respondents said their company has “little or no understanding of relevant issues or where to turn for information” about RMB internationalization. Another 31 percent said they have some understanding but not enough to take any action. Banks are working to resolve this information gap. Despite the challenges, Brown says, “I think liberalization will continue to drive more renminbi usage.”

Partnership Breeds Innovation in Funds Transfers out of India

Congratulations to Flywire for winning the 2019 Gold Alexander Hamilton Award in the category Best Practices in Restricted/Emerging Markets! 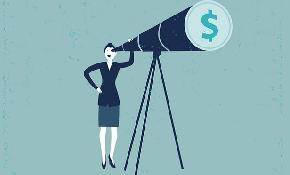 Some paper checks may not reach recipients until mid-August.

Losses have not been uniform; they depend largely on how plan sponsors have allocated assets between Treasuries and credit.