A new age of abundant and cheap energy supplies is redrawing the world’s geopolitical landscape, weakening and potentially threatening the legitimacy of some governments while enhancing the power of others.

Some changes already are evident. Surging U.S. oil production enabled America and its allies to impose tough sanctions on Iran without having to worry much about the loss of imports from the Middle Eastern nation. Russia, meanwhile, faces what President Vladimir Putin called a possibly “catastrophic” slump in prices for its oil as its economy is battered by U.S. and European sanctions over its role in Ukraine.

“Russia’s going to face an insurance and financial services ban. ... Why should they retaliate for an initiative that enables their oil to continue to flow through to world markets at a price that is profitable?” 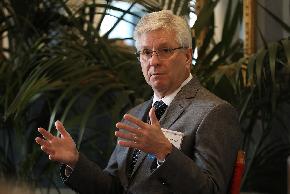 Is a ‘Soft Landing’ Plausible at This Point?