With Concerns About Cyberfraud High, Guardian Analytics Rolls Out Software

Fraud, particularly cyberfraud, remains a huge concern for corporate finance executives. A recent survey conducted by TD Bank found that treasury and finance executives expect payment fraud and cybersecurity threats to be their top challenges for 2017; these threats were cited by 34% of the survey’s respondents.

The news earlier this year that the Bangladesh central bank was hit by a cyberheist totaling $81 million illustrated the potential cost of such frauds. And in June, the FBI reported that losses from just one type of fraud, business email compromise scams, had risen by 1,300% since January 2015. 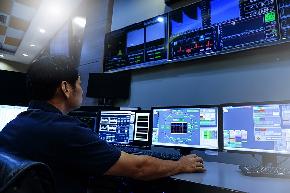 The federal Cybersecurity & Infrastructure Security Agency (CISA) and the FBI issued a “Shields Up” warning this week. Here’s what that means.