GM says it will 'take all legal actions' to defend rights.

General Motors Co. shut its operations in Venezuela after authorities seized the automaker’s plant and took its vehicles in the first nationalization of a major company’s facilities in the country in more than two years.

GM’s factory was “unexpectedly taken by the public authorities, preventing normal operations,” according to an emailed statement. The automaker said it “strongly rejects the arbitrary measures taken by the authorities and will vigorously take all legal actions, within and outside of Venezuela, to defend its rights.” 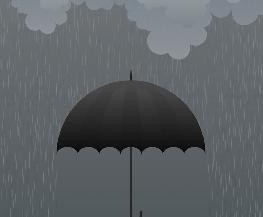 How the SEC’s Climate Disclosure Proposal May Trigger Insurance Coverage

Public companies and their stakeholders often struggle with effective environmental, social and governance programs in the absence of clear and common standards and regulations. But the landscape is rapidly changing in a way that will likely impose new risks and costs on companies.

Global Minimum Tax May Not Make It Past the U.S. Congress

In the Senate, two Democrats remain holdouts, and businesses have not signed on to the idea as Treasury expected them to.