Watch your step: EPLI and D&O insurance are more needed—and sought after—than ever before.

In the fall of 2017, the #MeToo movement took off, bringing attention—and notoriety—to the widespread problem of sexual harassment and assault in the workplace. As a result of this and similar social accountability movements, employment practice liability insurance (EPLI) and directors and officers (D&O) insurance are more needed and sought after than ever before.

Although initial allegations posted in social media focused on the entertainment industry, sexual misconduct on the part of those in positions of power has occurred across businesses and organizations in the private and public sector alike. U.S. Equal Employment Opportunity Commission (EEOC) data reveal that there was a more than 50 percent increase in suits challenging sexual harassment in fiscal year 2018 over 2017. Overall, the EEOC recovered nearly $70 million for sexual-harassment victims through litigation and administrative enforcement in FY2018, up from $47.5 million in FY2017.

“For private and nonprofit companies, the wrongful employment practices that currently hold the highest claim frequencies are sexual harassment, wage-and-hour, and third-party/ADA violations,” says Heather Schaaf, underwriting director for Management Liability at Burns & Wilcox. She notes that for publicly traded companies, sexual harassment and pregnancy discrimination are the leaders in claim severity, as they can be high-profile cases under public scrutiny.

Failure to raise the debt ceiling could lead to a “cataclysmic” economic scenario. 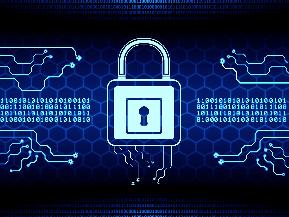 HIPAA needs to be on the radar of every corporate leader designing Covid-19 protection measures.