Despite the soaring stock market, many corporate finance teams seem to be battening down the hatches.

It may be a cliche, but it’s true that the stock market isn’t the economy. Values fluctuate based on a seemingly infinite number of variables, from the real (earnings) to the intangible (sentiment). So even though U.S. equities are near all-time highs, that isn’t necessarily a sign that all is well with corporate America.

One sign that executives may not be all that confident in the outlook is the market for commercial paper. Even with a slight pullback the last two weeks, companies have been issuing these short-term corporate IOUs at pace not seen since 2011. The amount outstanding has jumped from $1.05 trillion at the start of the year to as much as $1.16 trillion earlier this month, according to the Federal Reserve. Although the amount eased back to $1.14 trillion in the latest weekly data that was released last week, that’s still more than at any time in the past eight years.

Less Than Half of CFOs Are Optimistic About the Economy

71% have a positive outlook on demand, but only 57% are confident they can control costs, according to a new Grant Thornton survey. 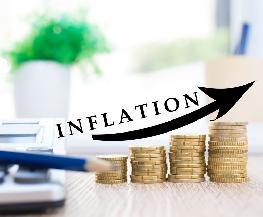