It's the first quarterly economic contraction since 2014 and the biggest since 2008.

The record-long U.S. economic expansion is over after almost 11 years, with the deepest recession in at least eight decades now under way.

The world’s largest economy shrank at a 4.8 percent annualized pace in the first quarter, the biggest slide since 2008 and the first contraction since 2014, as the need to fight the coronavirus forced businesses to close and consumers to stay home.

The downturn, reported Wednesday by the Commerce Department, was led by the steepest drop in consumer spending since 1980 and the fastest decline in business investment in almost 11 years. The worse-than-expected report reveals the widescale hit to U.S. output from Covid-19 and the subsequent freezing of economic activity.

U.S. Inflation Quickens to 40-Year High in May

Price pressures are becoming entrenched in the economy, which will likely push the Federal Reserve to raise interest rates even more aggressively.

Economists don’t tend to look at any given indicator in a vacuum. Instead, they consider a wide variety of data when making projections about the health of the economy. 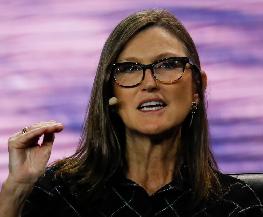 Huge Inventories May Indicate an Upcoming Ebb in Inflation

“I’ve never seen inventory surges like this in my career, and I’ve been around for a long time,” said Cathie Wood, the head of Ark Investment Management.