In Q1/2020, FX volatility reduced earnings of nearly one-quarter of multinationals based in North America or Europe, suppressing earnings in aggregate by more than $12 billion.

Today Kyriba released its Q1/2020 “Currency Impact Report.” This latest iteration of the quarterly report is the first to reflect the effects of the Covid-19 economic crisis. It reports that North American companies’ earnings per share fell by $10.77 billion, in aggregate, as a result of currency volatility last quarter. That’s 35 percent higher than in the fourth quarter of last year but still lower than in Q3/2019.

FiREapps (a Kyriba company) determines the degree to which currency headwinds are affecting corporate earnings by analyzing the frequency with which corporate leaders mention foreign exchange (FX) during quarterly earnings calls, along with the size of the FX impact—if the executives address the size of impact during their earnings call. 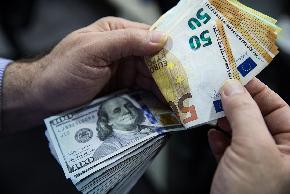