China is proposing to resume tests of processes by which U.S. regulators would audit some of its most sensitive companies. 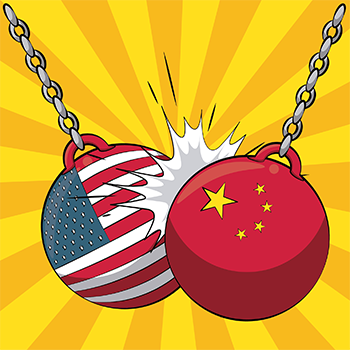 China says it has made concessions in proposing to let U.S. regulators audit some of its most sensitive companies, and is calling for direct talks to solve a years-long dispute that threatens global markets.

In an interview in Beijing on Wednesday, Fang Xinghai, vice chairman of the China Securities Regulatory Commission (CSRC), said China is “sincere” in wanting to solve the standoff over the accounting issues.

U.S. officials have recently stepped up a push to gain access to audit working papers for Chinese companies that trade in the United States—threatening rules that would trigger delisting shares such as those of Alibaba Group Holding Ltd. and Baidu Inc. if the request isn’t met. The standoff has dogged relations for years and deteriorated since 2017, after trial inspections undertaken jointly by Chinese and American regulators failed to yield an agreement.

Despite the geopolitical tensions, the Russian government is making payments on its sovereign debt and Western governments are allowing circuitous transfers to get those funds to the debt holders.