Sisecam was founded in 1935 to establish Turkey’s glass industry, in line with the vision of Mustafa Kemal Ataturk, founder of the Turkish Republic. Today, Sisecam is a global player in the glass and chemicals sectors, ranking among the world’s top two manufacturers of glassware and top five producers of glass packaging and flat glass. Sisecam is also one of the three largest soda producers in the world and the global leader in chromium chemicals. Sisecam has production facilities in 14 countries on four continents and operates a sales network in more than 150 countries worldwide.

After eight decades of expansion, Sisecam had a hybrid and fragmented treasury structure. Merger and acquisition (M&A) activity resulted in different business units using an assortment of enterprise resource planning (ERP) systems. A centralized corporate cash manager provided guidance to subsidiaries on how they should manage their cash, and a separate corporate credit management team oversaw Sisecam’s credit portfolio. But each subsidiary managed its own payments and bank accounts, and the central treasury group struggled to gain timely visibility into cash flows.

“Previously, we would ask the field to tell us how much money they had,” says Baris Gokalp, treasury director of Sisecam. “They would gather this information from their banks via online banking and email channels and provide it to headquarters. Those communications were the only way that decision-makers in central treasury and senior management could see our cash balances and cash forecasts.” 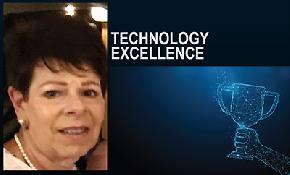 Here’s why the 2020 Bronze Alexander Hamilton Award in Technology Excellence goes to USI.