Mergers and acquisitions were failing to meet expectations even before Covid-19 struck.

A recent analysis by S&P Global Market Intelligence indicates that both U.S. and global markets experienced a precipitous decline in merger and acquisition (M&A) announcements in the first quarter of this year.

Both the global and domestic declines are attributable to a dearth of large deals. Only two transactions in the United States last quarter were worth more than $10 billion, versus an average of six per quarter throughout 2019. This is not a problem that S&P Global sees going away anytime soon.

“In order to sign those types of deals, the parties involved will need to clear several different types of obstacles,” the report states. “Executives and advisers often agree on terms for M&A deals after a series of face-to-face meetings, but setting up those meetings is less plausible given the social-distancing standards being observed around the globe. Aside from the logistical concerns, the three main M&A drivers—valuations, financing, and CEO confidence—all [have] suffered significant setbacks in 2020.”

Even before the Covid-19 pandemic rocked economies around the world, M&A activity was lower than broad market sentiment suggested it should be. In January and February 2020, the aggregate value of deals around the world was down 26.7 percent from the same months in 2019, despite stock markets hitting record highs—a climate that usually results in M&A increases.

There were “some pockets of strength” at the beginning of the year, according to the S&P Global report. For instance, demand was strong for equity in the U.S. financial and healthcare sectors. However, that ray of sunshine darkened in March. Across the full first quarter, the number of U.S. companies issuing equity was 20.3 percent lower than in Q1/2019, and the number of initial public offerings (IPOs) was off slightly—even though IPOs were already dampened in Q1/2019 by the federal government shutdown.

By the end of 2019, “companies looking to go public faced more investor scrutiny amid the fallout from WeWork Cos. Inc.’s IPO postponement along with the lackluster share-price performance of Uber Technologies Inc. and Lyft Inc.,” the S&P Global report states. “The environment will continue to present challenges for companies looking to go public, as investors tend to become more risk-averse after volatile market swings.”

All in all, the report finds: “Coming into 2020, there was hope that uncertainty had decreased amid more clarity around the United Kingdom’s exit from the European Union and the U.S.’s phase-one deal with China ending the ratcheting up of the trade war between the countries. But those optimistic feelings became a distant memory as the quarter wore on.” 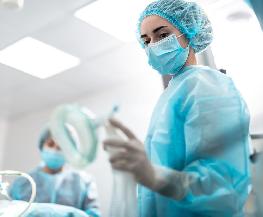