As digital currencies increasingly infiltrate the financial world, figuring out how to regulate them remains at the top of policymakers’ to-do lists. Earlier this year, the Fed released a whitepaper on the topic, closely followed by an executive order from President Biden in mid-March.

One recurring exploratory theme is the notion of issuing a U.S. central bank digital currency (CBDC), which would be a digital version of physical U.S. dollars. Unlike private, decentralized cryptocurrencies such as bitcoin, a CBDC would be a direct liability of the Fed. This would also distinguish the prospective CBDC from the digital money currently available to businesses and individuals through bank accounts known as “commercial bank money,” funds that are essentially debt generated by commercial banks. Because the Fed would be acting as the sole counterparty for a U.S. CBDC, the digital fiat currency would entail no liquidity or credit risk.

The Fed’s whitepaper from earlier this year explores some of the potential ways that a CBDC could benefit the U.S. financial system. The research found that a CBDC could extend public access to safe central bank money, supporting broader inclusion in the financial system and lowering overall transaction costs for everyone. This would be especially beneficial to lower-income households. 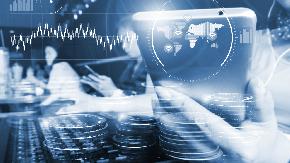 How to Harness Hedging for a Strategic Advantage

Join this webcast to discover how hedging can be used as a strategic advantage in times of volatility.