Centralizing Payments Across 100 Markets Around the World

Amway sells consumer products in more than 100 countries and territories, and until recently its accounts payable (A/P) processes were highly decentralized. The finance function was making progress in consolidating global workflows, but payments continued to be handled in the business units. In total, divisions around the world used more than 100 different banks. They processed payments with different technologies, controls, and approval processes.

“Each country had its own individual finance team, with its own way of doing things,” explains Jeff May, former supervisor for global treasury at Amway. “That put us in a difficult position as far as visibility to cash flows. Corporate treasury relied on the business units to provide information about their payments by filling out a spreadsheet and emailing it to us once a month. If someone was out sick, we might not get the data—and when we did get the data, it didn’t always match what we saw in the general ledger [G/L].”

The treasury team set out to implement a standardized global payments process and payment hub technology with straight-through connectivity to the company’s banks. They also wanted to support the replacement of an outdated mainframe-based G/L system that had been built in-house years earlier. Finally, they aimed to rationalize the large number of banks Amway worked with. 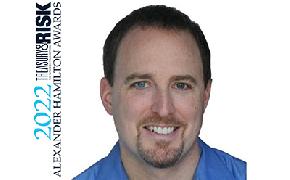