As most markets around the world become increasingly accessible to foreign companies and investors, some remain stubbornly closed. Of particular concern to corporate treasury teams, currency controls in certain locales continue to create barriers to launching or growing foreign subsidiaries. A couple of years ago, Microsoft treasury faced this situation in Brazil.

The company’s Brazilian sub was growing fast. “It’s a market with a lot of potential,” says Sunnie Ho, a senior treasury manager in Microsoft’s Global Cash Management group. “But Microsoft Brazil has an increasing number of transactions with organizations based outside of Brazil.” These transactions were placing a drag on the productivity of local finance staff, and the issue was growing along with the business.

To make an offshore payment, Microsoft Brazil had to provide its bank with invoices and other documentation to prove that the transaction was for one or more legitimate payables. The bank would review the paperwork it received from Microsoft; then, once it approved the transaction, the bank would withhold the appropriate amount of tax based on the type of products or services being paid for, conduct a foreign exchange (FX) transaction from Brazilian real (BRL) to the other currency, and settle the transaction.

CIPS is becoming increasingly convenient for global businesses; some see it eventually competing with SWIFT. 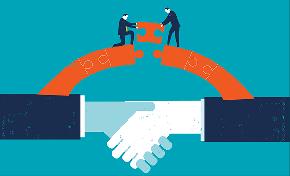 Whether or not they’ve taken drastic steps such as restructuring, U.S. businesses are facing a changing environment that requires them to revisit transfer pricing policies.

Is Chinese Stock Selloff of the Past Six Months Business as Usual?

“The trick is not to see each thing that China says or does as an independent development. It’s all a piece of a bigger puzzle,” according to JPMC.